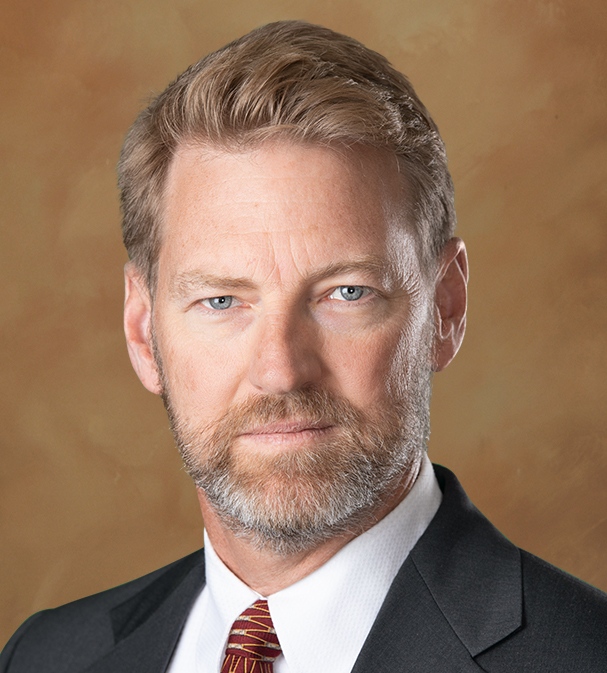 Michael R. Brooks is a Nevada (2000) and California (1993) licensed attorney and a partner in the Hutchison & Steffen Las Vegas, Nevada, office.

Mike graduated from the University of Southern California, Gould School of Law in 1993. He completed his undergraduate work at the California State University, Long Beach (B.S., Economics 1990).

Mike has practiced with civil litigation and creditor’s rights firms in Irvine, California, before running his own firm from 2009 until 2017. He and his family moved to Nevada in 2002. Mike joined Hutchison & Steffen in March 2020 after the dissolution of Kolesar & Leatham law firm, where he was a Shareholder.

Mike’s practice consists of civil litigation and creditor’s rights work. The litigation includes the defense of lenders and foreclosure trustees in connection with non-judicial foreclosures in Nevada and California. In addition, Mike has handled numerous consumer protection claims based on the Fair Credit Reporting Act, the Fair Debt Collection Practices Act, and the Real Estate Settlement Procedures Act.

Mike’s practice extends from the trial court to the appellate courts where he has successfully handled several appellate matters before the Nevada Supreme Court and the 9th Circuit Court of Appeals. He has handled five bench trials in the past four years related to the HOA superpriority issues.

In addition to the foregoing, Mike is regularly in the United States Bankruptcy Court in Nevada. He has participated in several large Chapter 11 bankruptcy proceedings, including defending against confirmation of proposed plans. Mike is also been involved in several adversary proceedings on behalf of creditors.

Mike stays active in both professional and community organizations. He has been on several boards of directors, including the American Legal Financial Network and the United Trustees Association. Mike has also acted as a Lobbyist before the Nevada Legislature on behalf of the United Trustees Association. He is also involved in non-profit organizations, including Living Grace Home and St. Bridget’s Catholic Church. Finally, he is the current President of the Board of Directors for the Founders Classical Academy of Las Vegas, a Barney Charter School organization.

In his free time, Mike loves to spend time with his family playing golf, hiking, and traveling to see his adult children.