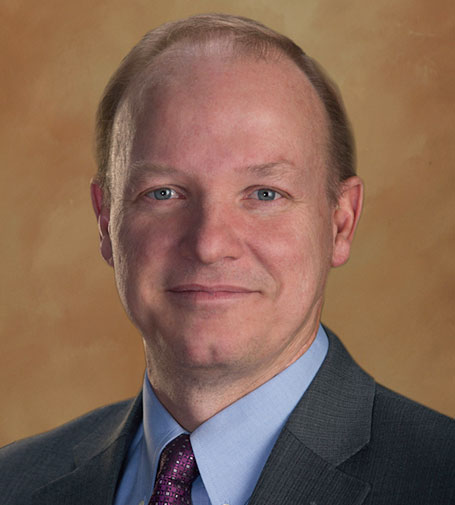 John T. Steffen is a shareholder and co-founder of the Firm and an AV-rated attorney by Martindale-Hubbell®. In 2010, John was featured in the Las Vegas Business Press as being among Nevada’s top practitioners. In 2011, John was featured on the cover of Nevada Business Magazine for receiving the most votes from his peers and being named among Nevada’s “Legal Elite." John practices primarily in the areas of business and commercial litigation, landlord/tenant law, personal injury, and medical malpractice.

For the past 10 years, John has been the managing partner at Hutchison & Steffen. During this time, the firm has grown from approximately 8 attorneys to almost 40. John believes that the success of the firm comes from an unusually positive work environment and an absolute commitment from every lawyer to deliver the best legal product at a fair cost.

John received his B.A. in Speech Communications from Brigham Young University. While attending college, John took numerous public speaking and debate classes, which made attending law school an easy transition. John graduated from the University of the Pacific, McGeorge School of Law. During law school, John was recognized as the top oral advocate in his moot court class and was awarded the Emil Gumpert Moot Court award.

John is a well recognized expert in landlord/tenant law. He is called upon regularly by the judiciary and legal educators to participate in landlord/tenant educational programs. John is admitted to practice in both the state and federal courts of Nevada. He is a member of the American Bar Association and the Association of Trial Lawyers of America.

John’s main priorities outside the office are his wife and five children. He enjoys coaching his kids in basketball and playing golf. He believes his professional success lies in his ability to work hard and work well with others.