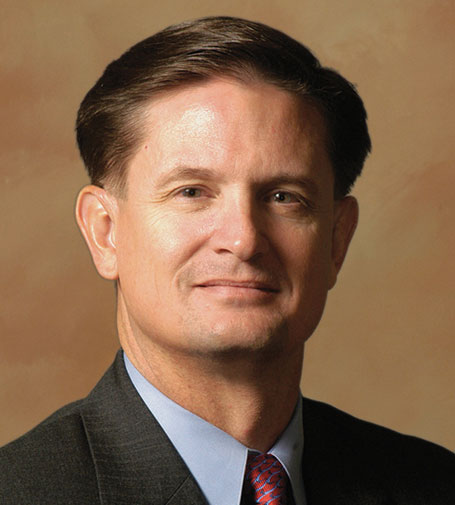 Kevin J. Blair serves as Senior Counsel with the Firm. He brings deep experience in transactional law areas, including corporate law, real estate, and loan documentation, as well as employment law having dealt with the Nevada Equal Rights Commission and the Equal Employment Opportunity Commission. Kevin is skilled at balancing the demands of the corporate environment with the legalities that face business people on a daily basis to achieve the maximum results for a company.

Kevin has extensive experience in the resort hotel industry in the development phase, as well as the operation of the resorts. He has worked with condo and timeshare developers over the past 15 years in developing large vacation resorts with more than $300 million in annual sales and over 4,000 employees. Kevin has served as a board member on nearly 20 condominium and timeshare vacation clubs.

His experience also includes working for Mandalay Resort Group, the owner of seven large casino/hotels in Las Vegas that operated over 20,000 rooms with over 20,000 employees. Kevin was intimately involved in the opening of the Monte Carlo Resort and Casino as General Counsel and the Mandalay Bay Resort and Casino as the Associate General Counsel. He was responsible for all of the operational legal issues for the five Mandalay Resort Group hotel/casinos located in Las Vegas (Mandalay Bay, Monte Carlo, Luxor, Excalibur, and Circus Circus). Kevin began his professional career as a loan officer at First Interstate Bank and later became in-house counsel at the bank.

Kevin has been politically active in Nevada since working on the election campaigns for his uncle, who served as Governor of Nevada for eight years.

Negotiated and drafted over $100 million in lease agreements on the Las Vegas Strip.

Represented a major casino company in obtaining a $175 million construction/permanent loan on a 3,000-room Strip hotel/casino.

Represented the owner/developer in the preparation and negotiation of a general contractor’s agreement for the development and construction of an 876-unit timeshare resort.

Represented the owner/developer in obtaining over $1 billion in construction and account receivables financing in connection with multiple timeshare resorts.

Represented seller in a transaction valued at $500 million to sell company to a Wall Street Investment Banking Firm.

Represented a developer in all phases of the development and operation of a Las Vegas Strip 20-acre resort which includes a high-rise timeshare/hotel, retail components, and significant amenities.