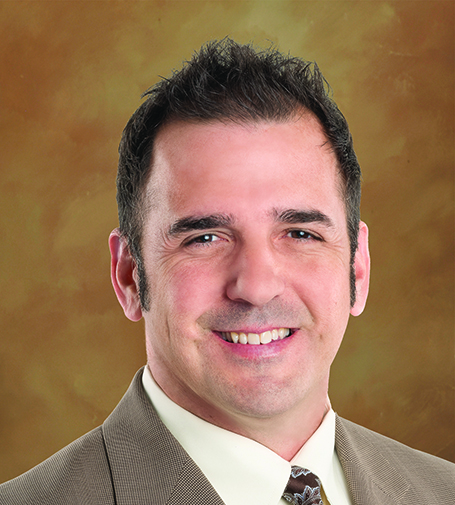 Jason D. Guinasso is the Managing Partner of the Firm’s Northern Nevada offices in Reno. Licensed in Nevada (2003) and California (2004), Jason is a solutions-driven attorney committed to adding value to the clients and communities he serves. Jason delivers outstanding, high-quality, and comprehensive legal services. He collaborates with his clients to develop and implement sound strategies that address each unique issue and situation presented. Jason always strives to help his clients resolve their legal issues quickly and economically without litigation, while concurrently positioning them for success in the event that litigation becomes necessary. Jason’s law practice includes:

Additionally, Jason has maintained a significant appellate practice, which includes petitions for judicial review of administrative decisions, extraordinary writs, and appeals to the Nevada Supreme Court.

Jason is also regularly engaged as a speaker and provides training on a broad range of subjects, including:

Jason is dedicated to serving our community by providing pro bono legal services to faith-based organizations, non-profits, and civic organizations. Jason recognizes that community-based nonprofits, charitable organizations, and churches have an important role to play in delivering education, serving the needy, and protecting the vulnerable. Jason is a part of Hutchison & Steffen’s “Public Interest & Nonprofit Organizations” practice group. He provides a range of services to public interest groups and nonprofit organizations, including creation and legal establishment, direct service and legal advice, litigation support, crisis management, and proactively keeping entities in compliance with government regulations and pursuing legal action, when necessary.

For more than ten years, Jason has served as legal counsel for a Nevada non-profit, Awaken.  Awaken’s mission is to increase awareness and education surrounding the issue of commercial sexual exploitation and to provide housing and restoration for its victims. Awaken engages in outreach and provides direct services to women and girls to help them transition out of commercial sexual exploitation.

Since joining Hutchison & Steffen in November 2017, Jason has provided roughly 1,500 hours of pro bono service to Awaken and the survivors Awaken serves, valued at over $500,000. The pro bono services rendered include, but are not limited to the following:

Jason and his legal support team provide direct legal services to survivors of sex trafficking. This includes, but is not limited to:

Building on these experiences, Jason is currently collaborating with Awaken to establish a law and advocacy center called “The Rebekah Charleston Law and Advocacy Center for Survivors” to coordinate and focus collective efforts to end sex trafficking, prostitution, and all forms of sexual exploitation.

In addition to the foregoing efforts, Jason has also worked with a coalition of people and organizations in our State to help strengthen laws and regulations. Some examples of work we have done together include:

As a part of our efforts to change law and policy, Jason formed a political action committee called "End Trafficking and Prostitution," which is used for educational efforts and political activity to end commercial sexual exploitation.

Jason has also helped two nonprofits form, Stand4Justice and Xquisite, with similar missions to Awaken, but they have different areas of focus.

ADVOCATE FOR THE DIGNITY AND SANCTITY OF HUMAN LIFE

Jason has been an advocate for the dignity and sanctity of human life from conception to the grave for over 30 years. He has been legal counsel for the Reno/Fernley Crisis Pregnancy Center (“CPC”) for over ten years. CPC is a 501(c)(3) non-profit organization serving women and men in Reno, Fernley and the surrounding communities since 1983. CPC centers are comprised of a compassionate and knowledgeable staff of trained advocates, instructors, and community leaders. All of CPC’s services are free of charge. CPC believes a woman's life should be valued as highly as the child she carries. CPC also believes men need support and encouragement to rise up to be men and fathers of courage. CPC provides a safe, 100% confidential, no-pressure place for women and men to get the facts about pregnancy, parenting, abortion, and adoption. CPC provides the information to women and men so that they can make a decision that is right for them need with no spin, no coercion, and no judgment.

In the Matter of Guardianship of Elizabeth Elaine Bauer, Adult Ward, Case No. PRCV98-03405 (2012) and Case No. JV13-00229A (2013-2014), Jason intervened to prevent the District Court from ordering that a disabled women submit to an abortion procedure and be sterilized. This opportunity to use his legal training and experience to fight for the life of an unborn child, to vindicate the dignity of a disabled woman, and to give voice to the religious convictions of a family in a court of law was one of the most rewarding experiences of his legal career. Rarely will the result of the case mean life or death, but this case was a rare exception. As a result of Jason’s participation in this case, he now has the privilege of watching a smart, healthy, and beautiful little girl, who was facing the threat of being aborted, grow and thrive under the care of her grandparents.

Other Churches and Ministries

University of Oregon School of Law, Doctor of Jurisprudence, 2003