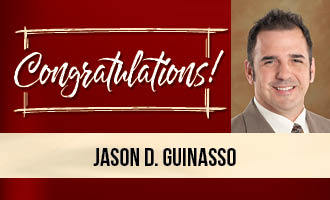 Hutchison & Steffen proudly represent public safety employees throughout the State of Nevada. From police officers, to firefighters, to the dispatchers and staff who provide critical support to the men and women who are on the front lines to protect our communities, our lawyers victoriously advocate for public safety employees who are required to accomplish some of the most dangerous and stressful jobs in the country. We provide full service legal support and counsel to these public servants, including but not limited to employment & labor law, workers compensation, trusts and estates, and family law.

As an example of our winning advocacy on behalf of public service employees, Hutchison & Steffen secured a precedent setting victory before the Nevada Supreme Court yesterday which stops employers and insurers from arbitrarily reducing the permanent partial disability awards for public safety employees who have incurred successive disabilities as a result of work-related injuries. In a sharp rebuke of the City of Reno’s and their third party administrator’s arguments asking the Court to determine whether a workers’ compensation insurer can reduce the 25-percent lump-sum-payment limit for an employee’s PPD award when that employee has already received a lump-sum payment for a previous PPD award, the Nevada Supreme Court concluded that there is no legal basis to justify such a reduction. The Court further concluded that there was no justification for the City to construe Nevada’s statutory workers’ compensation scheme in a way that had no support in the language of the statutes or the legislative intent behind the statutes that provide for disability benefits. This was a significant victory for our client and thousands of other public safety employees who become disabled as a result of injuries sustained in the course and scope of their sacrificial service to our communities.