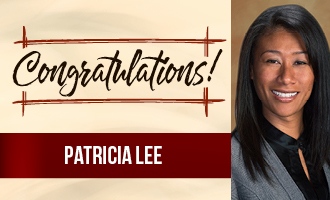 “All of us at Hutchison & Steffen couldn’t be prouder and happier for Patty,” exclaimed John T. Steffen, Managing Partner of the Firm. “She has been a true partner to all of us, to her clients, and to the Southern Nevada Community. We know that the Court, legal community, and all Nevadans will benefit from her intelligence, character, and class as we have for the past 20 years. Godspeed.”

“It is with mixed emotions that I humbly take my seat as the next Nevada Supreme Court Justice. To the extent that Governor Sisolak felt that I was worthy of the appointment, it is in large part due to the mentorship, training, and support that I received during my time with Hutchison & Steffen. I have a tremendous amount of love and respect for each and every person at the Firm and will miss each of them terribly,” said Patty.

Patty joined the Firm in 2002 and became its first female partner in 2009. She has worked primarily in business law and complex commercial litigation, as well as areas including trademark law, family law, appellate litigation, and healthcare professionals advocacy. Throughout the years, Patty has been a tremendous asset to clients with a range of legal matters. In addition, she has contributed in so many ways internally at the Firm, including heading the Firm’s pro bono program, running the summer internship program, and managing and training associates.

Patty was born in Korea, to an African American military father and a native Korean mother. She is the first African-American woman and first Asian-American to serve on the State’s highest court. She attended the University of Southern California and obtained a dual degree in psychology and communications in 1997. Patty then attended the prestigious George Washington University Law School where she obtained her Juris doctorate in 2002.

Patty’s decades of community service have impacted so many. Since joining the Firm, she has served as a volunteer, board member, treasurer, president, chair, pro bono attorney, and/or representative with Children’s Attorney Project, Las Vegas Chapter of the National Bar Association, Nevada Crime Commission, Self Help Center, Legal Aid Center of Southern Nevada, Girl Scouts of Southern Nevada, and Women’s Chamber of Commerce of Southern Nevada.

Las Vegas business publication In Business Las Vegas honored Patricia with its “Women to Watch 2010” award. Due to her tenacious efforts to grant under-served communities with fair access to justice, Patricia was awarded the Pro Bono Attorney of the Year by the Legal Aid Center of Southern Nevada in 2012 and holds the honor of being the first attorney in Nevada to win the prestigious National Pro Bono Publico Award awarded by the American Bar Association. Patricia has also received recognitions and awards from the Asian American Group (Outstanding Community Achievement), the Lili Claire Foundation (“Live your Passion” Award), and the Womens’ Chamber of Commerce (Young Professionals Award and Humanitarian of the Year). Patricia has also been recognized for multiple years by Nevada Business Magazine (Legal Elite and Top Rank Attorneys) and Mountain West Super Lawyers.

Outside of all the above accomplishments and contributions, Patty enjoys spending time with her husband and two children, as well as traveling and reading. Please join us in congratulating Patty.