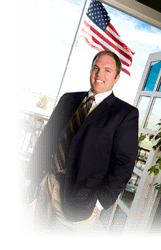 Jacob Reynolds successfully took over a floundering case from another firm and defended the international client in a patent litigation matter. The case originally began in 2005. Hutchison & Steffen was hired in 2009 because of the firm’s federal court experience and because the client was under threat of case dispositive discovery sanctions being deliberated by the magistrate judge. The magistrate judge recommended several sanctions including case dispositive sanctions against the client based on alleged behavior predating Hutchison & Steffen being hired. Jacob successfully appealed those sanctions, had them vacated, and was allowed a new evidentiary hearing before a new magistrate judge. The new magistrate judge agreed that there was no basis for discovery sanctions, and likely that any discovery misbehavior was the fault of plaintiff. This ruling was sustained on appeal to the District Court. The client was then awarded summary judgment on all counts. Jacob successfully defended the new discovery order and summary judgment on all counts before the Federal Circuit in D.C. and subsequently received a judgment against the Plaintiff for $1.3 million.