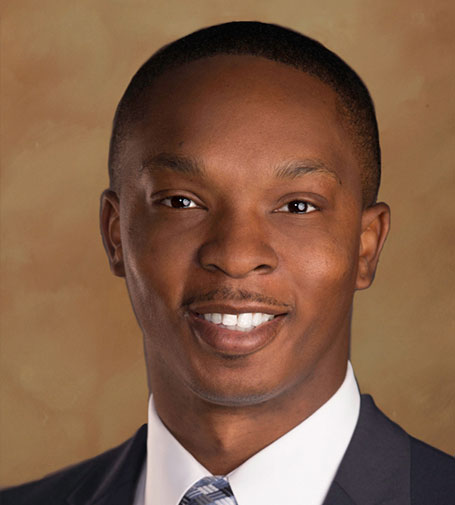 Joshua O. Igeleke Jr. is an associate with the Firm practicing primarily in corporate & commercial law, business law & commercial litigation, real estate law, and employment law. He is admitted to practice in Nevada and Texas. Raised in Las Vegas, he graduated from Eldorado High School with High Honors. He attended Texas Christian University in Fort Worth, Texas, where he graduated Cum Laude with a Bachelor of Business Administration as a double major in E-Business and Entrepreneurial Management. Joshua then returned to Las Vegas as an Account Executive for Countrywide Home Loans – Wholesale Lending Division, where his work ethic and leadership led him to become the company’s youngest Regional Sales Manager, responsible for all production in the Las Vegas and Phoenix markets. He then became the Finance Manager for a local medical supplies store. Joshua later acquired his independent catastrophe claims adjuster’s license and assisted families who needed quick access to insurance proceeds in the aftermath of destructive storms such as Hurricane Ike.

In his most recent position, Joshua bridged his relationship-building skills with his passion for sports as a Senior Account Executive for IMG College where he spearheaded contract negotiations for UNLV Athletics’ corporate sponsorships.

While at IMG College, Joshua returned to school and graduated from the University of Nevada, Las Vegas’ William S. Boyd School of Law and the Lee School of Business with both a Juris Doctorate and Master of Business Administration, respectively. During law school, Joshua won first place at the Boyd School of Law In-House Negotiation Competition, mediated disputes at the Family Court and Neighborhood Justice Center through the Mediation Clinic, obtained membership into the honorary Boyd School of Law Society of Advocates, led the Sports and Entertainment Law Association as President, and was selected by his peers to be the student speaker at the convocation ceremony. At graduation, Joshua was honored with the Dean’s Award for his contributions and service to the law school community. Joshua was also inducted into the Honor Society of Phi Kappa Phi and the International Honor Society of Beta Gamma Sigma for his scholastic achievements.